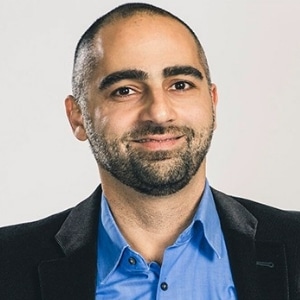 Ali Nouri, President of the Federation of American Scientists.

Dr. Ali Nouri is the President of the Federation of American Scientists. Until recently he served as legislative director and national security advisor to U.S. Senator Al Franken (D-MN) where he oversaw the work of the Senator’s legislative team, drafted and negotiated bills, and represented the Senator in various fora. Nouri came to Capitol Hill in 2008 and joined Senator Jim Webb’s office (D-VA) first as a AAAS Congressional Science and Engineering Fellow and then as an advisor on issues related to science, energy, and environment. He currently serves as chair to the AAAS Science and Engineering Fellowship Advisory Board.

Prior to coming to Capitol Hill, he was an advisor to the office of the UN Secretary General, and a research associate at Princeton University’s Woodrow Wilson School where he developed initiatives to maximize the beneficial applications of biotechnology to global health, while working to cut off pathways through which biotech can be used to develop biological weapons. Dr. Nouri was recently selected to participate in the “New Voices” project of the National Academies of Sciences for outstanding leaders in science, engineering, and medicine.