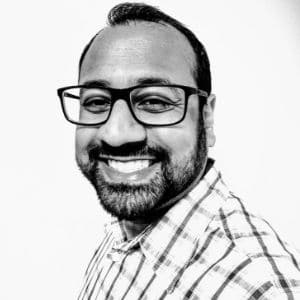 Tariq Warsi is the CEO and co-founder of Syntheseas, Inc.

Tariq Warsi is the CEO and co-founder of Syntheseas, Inc. Tariq is a skilled scientist, venture capital advisor, start-up mentor, and entrepreneur, with experience across the academic and industrial sectors. He is experienced in engineering a variety of model and non-model organisms and is widely viewed as an expert in delivering bench-to-commercial scale manufacturing capabilities. He also serves as a frequent contributor to several VC’s, performing scientific due diligence, and has advised on investing in some of the preeminent companies in the synthetic biology industry. Tariq was a Senior Scientist at Amgen, managing programs in cell and gene therapy. He has worked as a Staff Scientist at Stanford University, where he was developing a CRISPR-based system for genome-wide screens in yeast and mammalian systems. Tariq previously worked as a Senior Scientist at Aurora Algae, engineering microalgae for the production of omega-3 fatty acids and biofuels, and is the lead author on several patents. Tariq received his BS in Biological Sciences and PhD in Cell, Molecular, and Developmental Biology from the University of California, Riverside, and he was a post-doctoral fellow at Harvard Medical School.