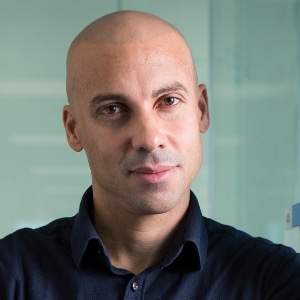 Andrew Phillips leads the Biological Computation Group at Microsoft Research Cambridge, where he is developing methods and software for analysing and programming biological systems. Andrew received a postgraduate degree in Computer Science from the University of Cambridge, under a scholarship from the Barbados government. He pursued a PhD in the Department of Computing at Imperial College London, where he developed methods for specifying and implementing secure mobile applications. He joined Microsoft Research Cambridge in 2005, to conduct research at the intersection of programming language theory and biological modelling. In 2011 he received a Technology Review TR35 award for work on computer-assisted genetic engineering. The award recognises the world’s leading innovators under the age of 35. His hobbies include snowboarding and kite-surfing, he is a black belt in Chinese kick-boxing and is a qualified ballroom dancing instructor.