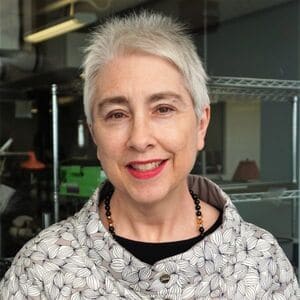 Claire Laporte is Head of Intellectual Property at Ginkgo Bioworks. She has designed its IP strategy and provides strategic oversight of Ginkgo’s patent portfolio, trade secrets, and other knowledge assets. Before joining Ginkgo, Claire served the life science industry in private practice at the law firm Foley Hoag LLP. During her time at Foley Hoag, Claire handled patent and trade secret cases relating to a broad range of life science technologies, include one case in which she convinced a tribunal to invalidate two patents covering genetically modified E. coli for production of lysine.

Claire submitted friend-of-the-court briefs supporting gene patents in the Myriad case at both the Federal Circuit and Supreme court levels. She has spoken widely on gene patents and other patent issues relating to life sciences, including at Cold Spring Harbor Laboratories, Harvard University, the National Bureau of Economic Research, the American Bar Association, and other institutions.

Before joining Ginkgo, Claire teamed with GLAD to represent gay and transgender plaintiffs in marriage equality cases and in the still-pending case challenging President Trump’s tweeted ban on military service by transgender people. Claire is on the Board of Trustees of a hospital in Cambridge, a period instrument orchestra in Boston, and a society devoted to the works of 19th century novelist Anthony Trollope. She has lived in Cambridge, Massachusetts since graduating from Harvard Law School.