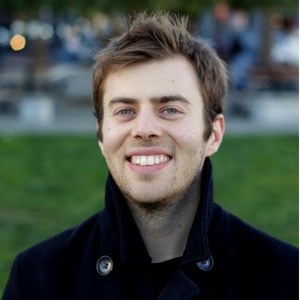 Dan received his PhD from the University of California, Berkeley for his work in Jay Keasling’s lab developing new technologies for the de novo synthesis of DNA. Previously, he was a Scientific Associate at D.E. Shaw Research, where he studied the biophysical properties of G protein-coupled receptors, including how drugs bind and modulate their activity. Dan began his scientific career at MIT, where he earned dual S.B. degrees in Math with Computer Science and Biology, and developed computation tools for the analysis of regulation of gene expression in Vamsi Mootha’s lab at the Broad Institute of MIT and Harvard. He has co-authored over 20 scientific publications, including papers in Nature, Science, Cell, PNAS, and Nature Biotechnology that have been cited over 5,000 times in aggregate, and is a co-inventor of two patents.