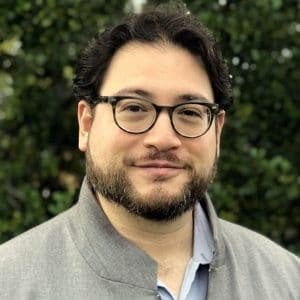 David Tze achieved the goal of his search fund in 2017 by investing in and taking his current role as CEO of NovoNutrients, the “food from CO2” company. For the prior dozen years, he was the sole manager of Aquacopia Ventures, which he had co-founded. Across that aquaculture seed venture portfolio and his prior, co-founded startup, his six companies raised $250M. The first, an online industrial marketplace called Network International, was acquired by Liquidity Services (NASDAQ: LQDT). David led the fund’s investment into Nutrinsic and spent nearly a decade with its board. Nutrinsic was a microbial protein aquafeed company not unlike NovoNutrients. It was acquired by iCell. David had originally started, after earning an economics A.B. from Princeton, in internet technologies, doing strategy, general management, and entrepreneurial corporate development.