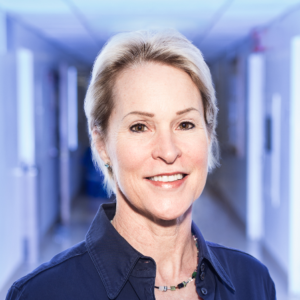 Frances Arnold is the Linus Pauling Professor of Chemical Engineering, Bioengineering and Biochemistry and Director of the Rosen Bioengineering Center at the California Institute of Technology, where she has been on the faculty since 1986. Recognized most recently with the 2018 Nobel Prize in Chemistry, Arnold pioneered directed protein evolution and has used those methods for applications in alternative energy, chemicals, and medicine. Directed evolution is now used worldwide to make enzymes for consumer products, textiles, gene sequencing, chemical synthesis, clinical diagnostics, drug discovery and manufacturing, and more. Arnold also received the Charles Stark Draper Prize of the US National Academy of Engineering in 2011, the US National Medal of Technology and Innovation from President Obama in 2013, and the Millennium Technology Prize in 2016. Elected to all three US National Academies of Science, Medicine, and Engineering, she is also an international fellow of the UK Royal Academy of Engineering.

Co-inventor on 58 issued US patents and active in technology transfer, Arnold co-founded Gevo, Inc. in 2005 to make fuels and chemicals from renewable resources, Provivi, Inc. in 2014 to develop non-toxic modes of agricultural pest control, and Aralez, Inc. in 2019 to develop sustainable biocatalytic processes for producing medicines and chemicals. She is a Director of Illumina. Born in Pittsburgh, Arnold received her B.S. in Mechanical and Aerospace Engineering from Princeton University and spent one year at the Solar Energy Research Institute, a national laboratory devoted to alternative energy research (now NREL), before obtaining her Ph.D. in Chemical Engineering from the University of California, Berkeley. Arnold chairs the Advisory Panel of the David and Lucile Packard Foundation Fellowships in Science and Engineering and is a Trustee of the Gordon Research Conferences.