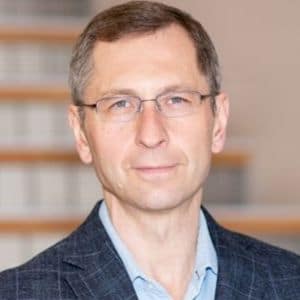 Fyodor Urnov was the first geneticist to publicly call for a moratorium on human embryo editing in 2015. Working at Sangamo Therapeutics, he co-invented the term “gene editing” and was key to its first-in-human use to treat HIV,  beta-thalassemia, and sickle cell disease.  A professor at UC Berkeley, Fyodor works with Jennifer Doudna at the Innovative Genomics Institute to bring us into a world where gene editing is a standard of medical care. His current effort focuses on using CRISPR to protect cancer patients, as well as military and civilian first responders, from radiation injury (https://innovativegenomics.org/news/crispr-to-combat-radiation/), and to building a safe and efficient gene editing cure for sickle cell disease. Fyodor received his BSc from Moscow State University, his PhD from Brown University, and then trained at the National Institutes of Health.