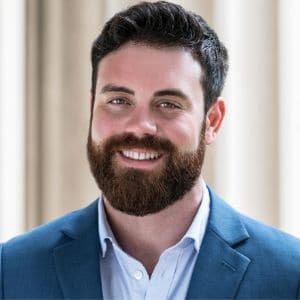 Jake Becraft is a synthetic biologist and biotech entrepreneur, as well as the co-founder and CEO of Strand Therapeutics. Strand is situated at the intersection of synthetic biology, immunotherapy, and mRNA therapeutics. Jake started his career developing the SAfER platform at MIT, the world’s first synthetic biology programming language for mRNA. Beyond that work, his broader interests span synthetic biology, the intersection of hard-tech and biologically engineered therapeutics, and biologically engineered organism-machine interfaces. He is an inventor on a multitude of patents in the biotech/gene therapy space and has won numerous awards for his scientific and entrepreneurial achievements, including a Goldwater Scholarship, a Viterbi Fellowship, and an Amgen fellowship. He is an advocate among the life science entrepreneurial ecosystem for supporting founder-driven biotech startups and works to help increase young technical founders in biotech entrepreneurship. Jake has previously served as a Science and Technology advisor to legislators in the Massachusetts State Legislature. He often speaks internationally on the field of synthetic biology, as well as the broader entrepreneurship environment necessary to bring next generation synbio gene therapeutics to market. Jake also serves on the Executive Board of Public Health United, a non-profit focused on educating scientists across disciplines to foster their communication skills in order to become their own scientific ambassadors. He received his PhD in Biological Engineering and Synthetic Biology from MIT and his BS in Chemical and Biomolecular Engineering from the University of Illinois at Urbana-Champaign, graduating Magna cum Laude with distinction. He is also an avid back-country snowboarder and trains Brazilian Jiu-Jitsu.