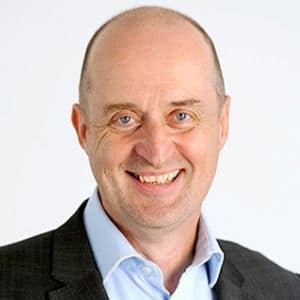 John McCafferty was one of the founders of Cambridge Antibody Technology (CAT) and co-inventor of antibody phage display, a technique allowing facile selection of human antibodies from antibody repertoires of 10 billion or more clones. The technology he invented has proved to be robust and has gone on to widespread use in commercial/academic groups world-wide. CAT developed the anti-TNF antibody that became HUMIRA, currently the world’s biggest selling drug. The importance of antibody phage display was recognized by the awarding of the 2018 Nobel prize in Chemistry to John’s co-inventor Sir Gregory Winter.

After returning to academia (Sanger Institute and the University of Cambridge) John formed IONTAS, an innovative biotechnology company using phage display to develop novel antibody therapeutics for client companies. At IONTAS he continues the development of ground-breaking technologies to help accelerate the development of novel drugs that target unmet medical needs.