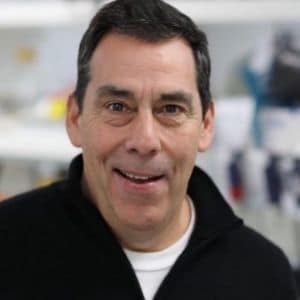 With 30 years of biotech experience, Mike Mendez has been involved with ten start-up companies and has been a founder of four. He is a leading innovator in biotechnology, and has been at the forefront of the molecular biology revolution. Mr. Mendez is widely regarded as a pioneer in the development of fully human antibodies and is the lead author and co-inventor of the Xenomouse platform technology that formed Abgenix, Inc. This company was acquired by Amgen for $2.2 billion and is considered one of the most successful start-ups in the history of biotechnology. Mike then turned his sights on gene therapy, becoming a world-class virologist and creating the viral vectors for the cancer vaccine technology called GVAX. Mike went on to established a novel platform for the over-expression, purification, and crystallization of membrane proteins for rational drug design, a field that has an impact on a broad set of drugs on the market today.

Mike was recently a co-founder of Pareto Biotechnologies and was the acting CEO. Mike took over the leadership role and took the company into a new direction, where Pareto became a ‘decorations’ company using prenylation as its key technology. Pareto used this to prenylate economically relevant molecules to enhance, alter, or attenuate their desired properties. Pareto focused on two areas: The development of molecules to treat the short-term inflammatory insult of TBI and to create concussion therapies and a partnership with L’Oréal to develop new and novel molecules using prenylation in the area of cosmetics.

Mr. Mendez has served as a genetic consultant and scientific adviser for numerous biotech and academic institutions, including Geron Corporation, Expression Systems, Ablexis Inc., Vaxart Inc. Soylent Inc, and the California Institute of Technology. He was featured on the 2011 PBS Special: “The Energy of Innovation” (17:22) as a top 7 finalist of Planet Forward innovator of the year award 2011.