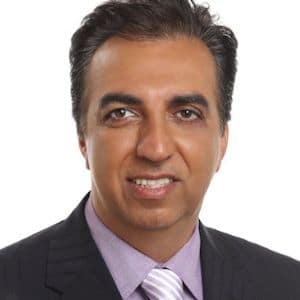 Mostafa Ronaghi, Ph.D., joined Illumina in August 2008. As Senior Vice President and Chief Technology Officer, he is responsible for leading internal research and technology development (RTD) and is co-founder of Illumina Accelerator, the world’s first business accelerator focused solely on creating an innovation ecosystem for the genomics industry.

Ronaghi is an experienced entrepreneur and was involved in founding several start-ups in the life sciences companies. Most recently, he led the formation internally at Illumina of GRAIL Bio, a new company formed to enable cancer screening from a simple blood test. In 2007, Ronaghi co-founded Avantome, a privately held sequencing company (acquired by Illumina in 2008). Before this, he co-founded NextBio, a search engine for life science data (acquired by Illumina in 2013). In 2001, Ronaghi co-founded ParAllele Bioscience, which was eventually acquired by Affymetrix, Inc., and was involved in the development and commercialization of highly multiplexed technology for genetic testing. In 1997, he co-founded Pyrosequencing AB, which was renamed to Biotage in 2003, and led the company to a successful initial public offering in June 2000 on the Stockholm Stock Exchange.

Ronaghi was a principal investigator at Stanford University from 2002 until 2008 and focused on the development of novel tools for molecular diagnostic applications. He serves on the board of directors of BaseHealth and Clear Labs. He is also a member of the Scientific Advisory Board of GRAIL Bio.

Ronaghi earned his Ph.D. from the Royal Institute of Technology in Sweden. He holds more than 30 (pending and issued) patents and has written more than 90 peer-reviewed publications in journals and books.