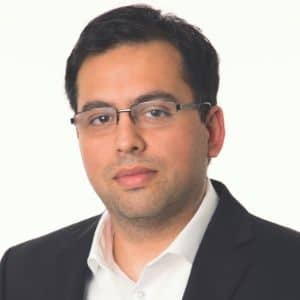 Oscar Alvizo is the Director of Computational Biology at Codexis and heads the Structural Biology group and the CodeEvolver software engineering team. In his twelve year tenure at Codexis, he has been listed as an inventor in over eighty granted patents worldwide for his contributions in the field of directed evolution. He leads the R&D efforts for some of Codexis largest pharma partners and spear heads the transfer of the CodeEvolver technology to licensees. Oscar was co-recipient of the Green Chemistry Challenge Award from the EPA for his participation in the engineering of the LovD enzyme used in the manufacturing of Simvastatin. He received his PhD in Biochemistry and Biophysics from Caltech for his work on Computational Protein Design.