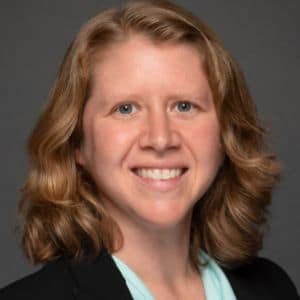 Dr. Carter is the Principal at Science Policy Consulting LLC where she focuses on societal and policy implications of emerging biotechnologies. Trained as a scientist, she has a detailed understanding of synthetic biology, gene drives, and genome editing techniques such as CRISPR, and tracks advances in biotechnology as they arise. She has deep expertise on policy frameworks related to biotechnologies and the increasingly diverse biotechnology industry, and has contributed to many policy projects and processes, including those organized by the National Academies, PCAST, U.S. government agencies, think tanks, and academic institutions. On the flip side, she has also advised those pursuing novel products on their regulatory and risk assessment implications.

Previously, she worked in the Policy Center of the J. Craig Venter Institute, where she led influential projects on the accelerating pace of synthetic biology and the challenges it creates for policy makers. These include the reports “DNA Synthesis and Biosecurity: Lessons Learned and Options for the Future,” released in October, 2015, and “Synthetic Biology and the U.S. Biotechnology Regulatory System: Challenges and Options,” released in 2014.

In 2009–2010, Dr. Carter was a policy analyst at the White House Office of Science and Technology Policy (OSTP). She is also a former AAAS Science and Technology Policy Fellow and a former Mirzayan Fellow of the National Academies. She earned her Ph.D. in Neuroscience from the University of California-San Francisco and her bachelor’s degree in Biology from Duke University.