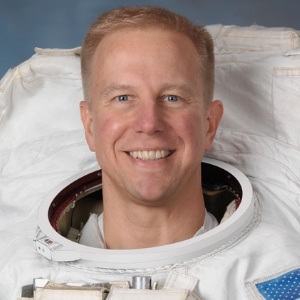 Tim is a Partner of Blue Bear and oversees the operational performance of portfolio companies. An engineer by training, since 1998 Tim has served in various leadership and operational roles at NASA including as Flight Engineer and Commander of the International Space Station. Tim has been responsible for numerous technology development, deployment, and operations programs including for Space Shuttle launch operations, Space Station hardware and communications systems, and spacewalk interface verification and testing.

Prior to NASA, Tim served in the US Army for 25 years as an Army aviator. He deployed to Operations Desert Shield and Storm and then commanded an AH-64 Attack Helicopter Company. Following studies at Georgia Tech and completing the US Navy Test Pilot School, Tim served as the Developmental Test Director for the Army’s Comanche Program until his assignment to NASA.