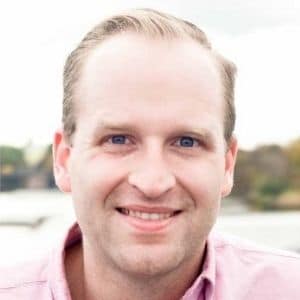 Travis Murdoch is the Director at Softbank Investment Advisers.

He joined Third Rock Ventures in 2017 to focus on new company formation, due diligence, and clinical strategy.

Travis was previously at McKinsey & Company, where he was part of the pharmaceutical and medical products practice, and built the firm’s advisory team in gastrointestinal and liver therapeutic areas. He is a practicing gastroenterologist who works with Northern communities in Canada. He trained in gastroenterology with a focus on inflammatory bowel diseases (IBD) at the University of Calgary and internal medicine at the University of Toronto. His scientific focus was on biomarkers and genomics in IBD.

Travis studied translational immunology at Oxford University as a Rhodes Scholar and medicine at the University of Alberta. He has over 15 peer-reviewed publications.

Travis’ first job was refereeing hockey. His second, at age 15, was as a technician in a clinical cell transplantation facility.