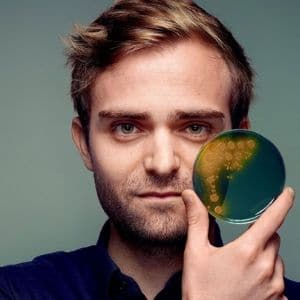 Xavier Duportet cofounded Eligo Bioscience in 2014, while doing his PhD in Synthetic Biology at MIT and INRIA. He raised $24M from Khosla Ventures and Seventure to develop a new generation of ultra-precise biotherapeutics to battle antibiotic-resistant bacteria and sculpt our microbiome using genetic engineering and CRISPR/Cas. He is an MIT TR35 and was elected French Innovator of the year by the MIT Technology Review in 2015. He was recently awarded French PhD-Entrepreneur of the year by the Foundation Norbert Segard, as one of the 40 under 40 Young Leaders in Europe, one of the 30 Under 30 by Forbes in 2017 and recently elected as a Technology Pioneer 2017 by the World Economic Forum. Xavier is also the founder and president of Hello Tomorrow, a global non-profit organization, operating in 45 countries, which goal is to accelerate the development of deeptech startups that transform disruptive scientific technologies into products or services to solve societal and industrial challenges.