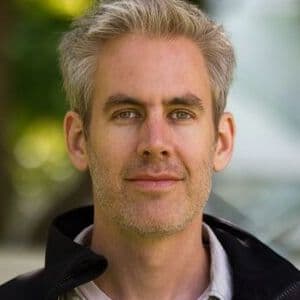 Zack Exley was a senior advisor to Bernie Sander’s 2016 presidential campaign, and was a co-founder of Brand New Congress and Justice Democrats, which recruited and ran dozens of unconventional candidates for the 2018 midterms such as Alexandra Ocasio-Cortez. With Becky Bond, Zack co-authored Rules for Revolutionaries, a book of organizing lessons and principles. In ancient internet times, he was the co-founder of the New Organizing Institute, and played a major role in the rise of online politics in his work with MoveOn.org, Howard Dean, John Kerry, the Obama campaign and as the non-profit practice director of a global software company called ThoughtWorks. He had a side career in online fundraising, working with global NGOs, including the Wikimedia Foundation, where he built a $90 million per year fundraising program to keep Wikipedia free and independent. Zack spent his 20’s working as a union organizer all over the United States.